Mortgage Rates on FIRE! Home Prices Up in Smoke?

Mortgage Rates on FIRE! Home Prices Up in Smoke?

Mortgage interest rates have already risen by over a quarter of a percentage point in 2018. Many are projecting that rates could increase to 5% by the end of the year.

What impact will rising rates have on house values?

Many quickly jump to the conclusion that an increase in mortgage rates will have a detrimental impact on real estate prices as fewer buyers will be able to qualify for a loan. This seems logical; if there is less demand for housing then prices will drop.

However, in a good economy, rising mortgage rates increase demand as many prospective purchasers immediately jump off the fence to guarantee they get the lower rate. 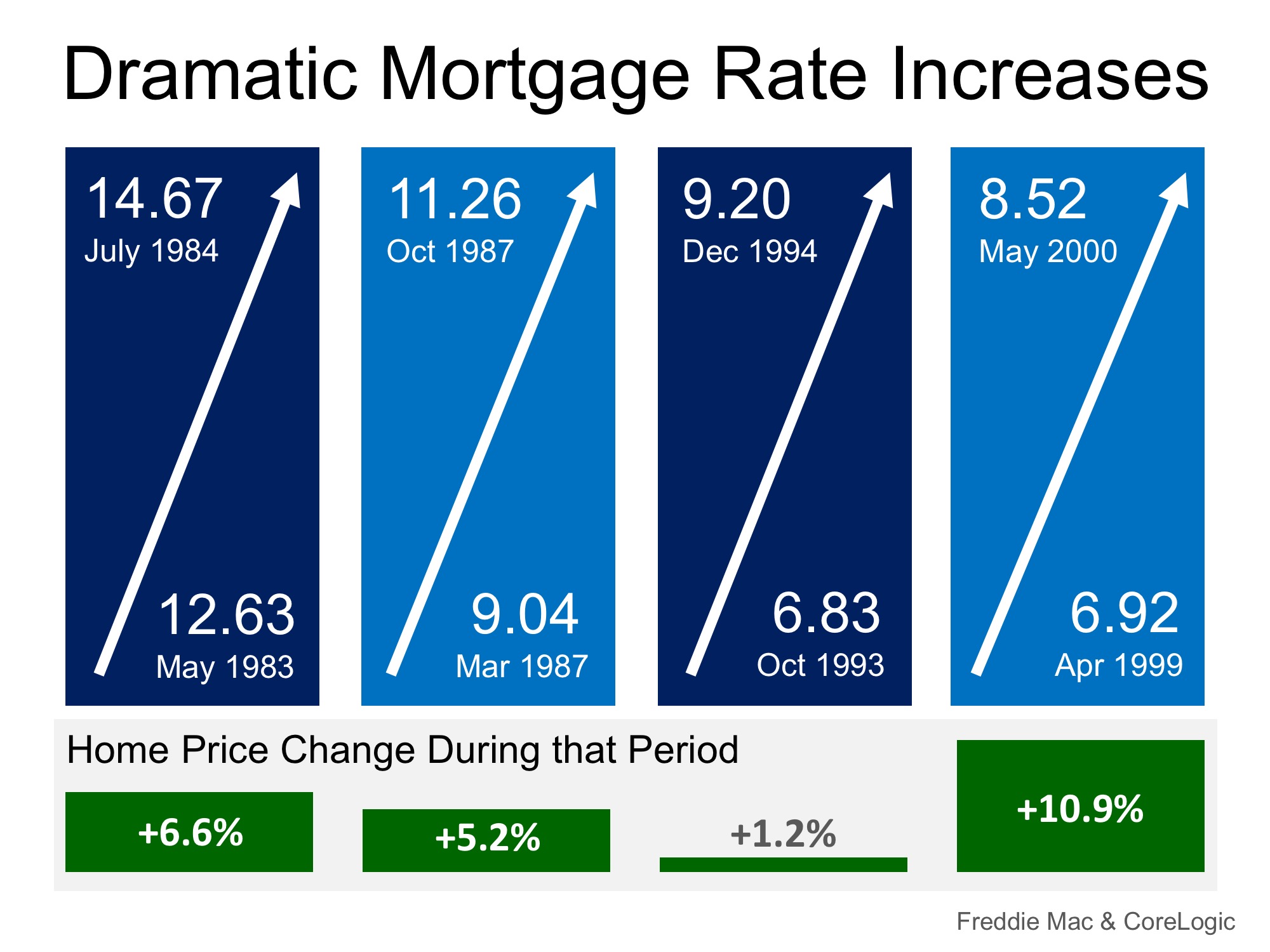 In each case, home prices APPRECIATED and did not depreciate. No one is projecting as dramatic an increase in rates as the examples above. Most are projecting an increase of approximately 1% by the end of the year.

“Mortgage rates have risen 1% or more ten times in the last 43 years, with little impact on home sales and prices when the economy was also strong…Historically, rising confidence, solid job growth, and higher wages have more than offset reduced demand for housing resulting from higher mortgage rates.”

When mortgage rates increase, history has shown that prices appreciate (and do ) during that same time span.

To continue searching, you must agree to the Terms of Use.

For the best experience, please provide your cell phone number and select accept below to opt-in to our Terms & Conditions and Privacy Policy to begin receiving text and voice communications.

or make a new notebook

Search All Homes and Exclusive Property Listings
(Prices and inventory current as of February 24, 2020)

Have a house to sell?

Find Out How Much Your Home Is Worth (optional)

We just need your phone number to finish creating your account.